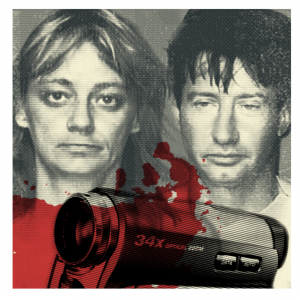 Shortly after meeting, Dena and Davis moved into an upstairs apartment in a rather stately brick building on a road named after President Truman in a suburb of Kansas called Independence.

Neighbours said they seemed well suited and attached to each other. They never got drunk or had angry fights or threw noisy parties. Although they didn’t socialise much, they seemed to have some kind of special, deep understanding.

That much was right. A deadly symbiosis had been forged, and their hunt for victims had begun in earnest in the sad, sordid underworld of metropolitan Kansas City.
Bloggers from the world of prostitution and meth addiction reported that a woman claiming to be Ricky Davis’s cousin was hustling phone numbers on his behalf. The “cousin” was Dena Riley.

In April 2006, a 40-year-old woman got a phone call from Davis after giving her number to his “cousin.” She went to the Truman Road apartment where he showed her a video of him having sex with a woman.

“He said he wanted me to be a serial killer with him. He wanted me to help him kill women and get rid of their bodies. He got excited when he explained that we would suffocate the victims during three-way sex, which he would video for future viewing pleasure. I got the heck out of there.”

A month later, a fisherman discovered a woman’s nude body near a creek in a village off the Kansas interstate highway. She had been raped, beaten and choked…

Read the full report in Murder Most Foul No.109 »