Will They Ever Find Australia’s Missing Children?

Will They Ever Find Australia’s Missing Children? 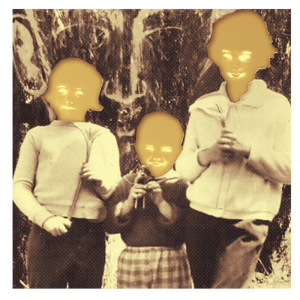 The children were not on the 2 o’clock bus, which Nancy met. But she was more surprised than concerned. It wasn’t like Jane to be late, and Nancy thought the children must have decided to walk back to Somerton from the beach, as they had done on previous occasions.

There was still no sign of them when Jim Beaumont returned home from Snowtown, however, and Nancy was now more than anxious. Jim went to look for them, the police were informed, and it was thought the children might have been swept out to sea or become trapped in a cove by the tide.

When a search failed to find them and the police were told of the tall, suntanned stranger seen with the children, abduction was suspected and their pictures and descriptions were printed on posters issued by the South Australia Police. “Suspicion is attached to an unknown man,” said the posters. Jane was described as fair-haired with a fringe, and “two prominent front teeth. Well-spoken, but stutters when excited.”

Jane was wearing green shorts over pink bathers, and had a copy of Little Women with her, as well as a green airline bag containing three towels. Her purse was white, her canvas shoes tartan.

Arnna was wearing tan sandals and tan shorts over red and white bathers, and Grant wore red sandals and green shorts over green swimming trunks with white stripes. He was said to be a friendly, outgoing child, his favourite saying, “How you going, mate?”

There were no further sightings of the children, but two years later Jim and Nancy Beaumont received three letters purporting to have been written by Jane, and one signed “The Man…”