“Carol Is Dying As I Write”

“Carol Is Dying As I Write” 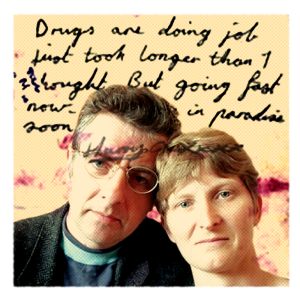 “Carol is dying as I write…” Harry Jarvis penned these chilling words in a note to his mistress who was living a few yards away in his garden shed.

“Then we have the house to ourselves and sell all in it to move on. Dangerous times, but we will get there,” he continued.

The drugs he was giving his bedridden, 47-year- old wife Carol, he wrote, were “doing the job” but taking longer than he had anticipated, though they were working faster now.

“I really can’t take this another minute,” his mistress, Rita Heyster, wrote back from her cramped hiding quarters in the shed. “I am so in love with you and want to be with you. I so need you to hold me.”

She was a 55-year-old mother of three, and after her husband’s death in 2004 she had sought a new man on the internet. In 2008 she had found Harry Jarvis online and had become his lover, unaware that he was an alcoholic with a criminal record for fraud and embezzlement.

And 59-year-old Jarvis, in turn, was unaware that she was about to fall on hard times despite her wealthy background. As she was an heiress whose family had owned a prominent food company, he thought his fortune was made: Rita would be his meal ticket for life, but first he had to kill his wife…