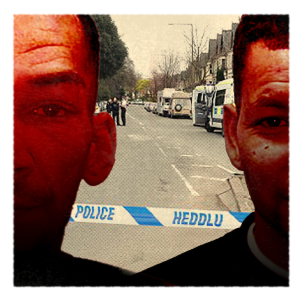 “The killers had carried out a recce earlier but when they returned by a different route they became confused, perhaps because of drugs they had taken, and went to the wrong house,” the jury at Swansea Crown Court heard.

“By what can only be described as staggering incompetence, they went to wholly the wrong address and killed an innocent young man who was waiting for his Koran teacher.”

The murder was over in just moments. The attackers pulled balaclavas over their heads and howled to intimidate their victim as they stabbed him repeatedly. They left in a stolen car in which fingerprints and Aamir’s blood were later found.

The prosecutor told the jury: “While the emergency services were still doing what they could to try to resuscitate the wholly innocent Aamir as he lay dying, the killers went off after the blood money they were to be paid.

“It is terribly chilling to think that in this city two men living a mile from this courtroom were prepared to commit murder for a pair of trainers and a laptop computer, because that was what was bought later…”