Bungle That Paved The Way For A Girl’s Frenzied Death

Bungle That Paved The Way For A Girl’s Frenzied Death 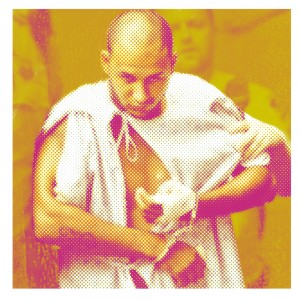 On July 23rd, 2013, Alemany launched a 19-hour crime spree of frenzied violence during which he attacked three women, including Amy Lord. At around 6 a.m., he first attacked a 23-year-old woman as she made her way to work as a cashier in Dunkin’ Donuts.

He hit her in the face and dragged her into a park where he told her: “I’m not robbing you – I’m going to kill you.”
But when he turned his back for an instant she fled. She told police that Alemany called after her: “Oh my God. I’m so f….d up. I’m sorry.”

By the time she was able to call for help, Alemany was already on the hunt for his second victim.

Shortly after that, he kidnapped Amy Lord, a digital media analyst, who was on her way to the gym. He snatched her from the hallway of her apartment, holding a knife to her throat and beating her around the head and chest.

Then he forced her into her own black estate car and took her on a 47-minute terror tour of the city. They stopped at five different bank machines, where cameras recorded Amy withdrawing money at each one.

Amy, already beaten and badly bruised after Alemany’s brutal attack on her in the vestibule of her block, must have been terrified as to what Alemany would do to her if she tried to escape.

Whatever the threats were, they worked. According to CCTV images taken from each of the banks she went to, Amy, who withdrew a total of $1,000, didn’t act in a way that would raise the alarm with passers-by or law enforcement.

Her wild ride ended at a park called the Stony Brook Reservation, where Alemany would be accused of butchering the helpless woman, dumping her body and later setting her vehicle on fire.