Confessions Of A Serial Killer

Confessions Of A Serial Killer 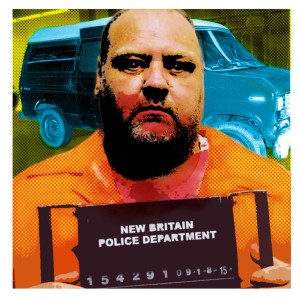 The New Britain Police Department (NBPD) was approached by an inmate called Jonathan Mills. Here was a man who knew about killing. He had killed three people – a woman and two children – in Guilford, Connecticut, in 2000 in a drug-fuelled robbery that had gone wrong.

His victims were Kitty Kleinkauf, Kyle Redway, four, and Rachael Crum, six. And two months earlier, Mills had strangled his neighbour, Mindy Leigh, 20, in a fit of rage. Mills was serving life without parole.

Mills told police that fellow-inmate William Devin “Hillbilly” Howell, 47, had confessed to him the details of a killing spree in 2003 in which he had killed seven people. “‘Hillbilly’ had wanted to die because he thought the police were going to arrest him,” Mills said.

Howell had asked Mills to kill him when officers, following up the find in New Britain, had asked to test his Econoline van again. He told Mills he wanted him to know the details of his spree before he died, so Mills could claim the $150,000 reward.

The first victim, Howell told Mills, had been raped in the back of his van before being strangled and hit on the head with a hammer. He cut off the tips of her fingers and dislocated her jaw, before burying her behind the dance studio and Subway franchise at the mall in a forested area he referred to as his “Garden.”

Other victims had been strangled, mutilated or hammered in a variety of ways…