Axeman Slays His Own Family

Axeman Slays His Own Family 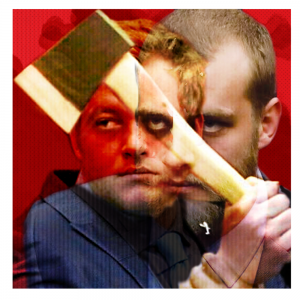 On January 27th, 2015, the Van Breda family were securely gated in their home on the De Zalze Winelands Golf Estate, near Stellenbosch in the Western Cape province of South Africa. Armed guards patrolled the vineyards, olive groves and lavender fields around the golf course by the winding Blaauwklippen River.

The wealthy “master franchisor” and his sons had been watching the 1982 science fiction film Star Trek II: The Wrath of Khan on a home theatre system at their four-bedroom “modern Cape Vernacular-Style” house.

Next morning at 7.15 a.m., Henri van Breda called the emergency services. The telephone operator was surprised by the monosyllabic tone of his voice and suspected a prank: “My family…my family and me were attacked by a madman swinging an axe. There’s blood everywhere. I’ve been hurt. I don’t know if my family are dead or alive.”

Henri’s parents and brother had been axed and stabbed to death. His sister Marli had been hit by the axe that killed her parents. She lay in a hallway barely alive. Hospital surgeons saved her life.

Henri was also taken to hospital. His wounds were superficial. He had not helped his sister as she lay in a coma because, he said, he was knocked unconscious by an intruder. After months of surgery Marli was able to return to school but she has suffered “retrograde amnesia” and has never been able to give evidence.

The only witness to the triple-murder was Henri van Breda. In the 16 months before he was charged with three murders, an attempted murder and obstructing the ends of justice, the people of South Africa were divided on whether he was a crazed killer who murdered his family to inherit their fortune or whether he had seen his family slaughtered by an intruder.

The axe and a kitchen knife used in the crime had belonged to the Van Breda family. There had been no forced entry and no robbery. Security guards patrolling the electric perimeter fences had seen nothing suspicious. Henri’s pyjama shorts and white socks were covered in blood that matched the DNA of his parents and his brother.

Standing to inherit millions from his father, Henri hired one of South Africa’s leading advocates for his defence…