When A Pastor Lost Patience – Three Dead At Thanksgiving

When A Pastor Lost Patience – Three Dead At Thanksgiving 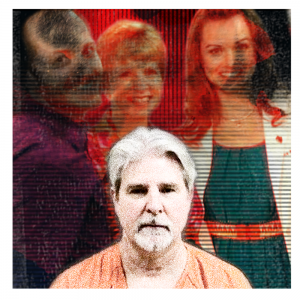 For two days, the atmosphere had been tense in the Gattis household. Christopher Gattis, who was director of youth services at the nearby Grace Lutheran Church, was frustrated by the presence of his stepdaughter Candice “Candy” Lau Kunze, 30, and her boyfriend Andrew E. Buthorn, 36, who had come to stay “for a few days” and then “a few days more.” And that had been weeks ago.

This – plus the differences, gripes and strains found in every family – had bubbled to the surface, coming to a head two days before Thanksgiving 2017 when Andrew Buthorn was forced to restrain a semi-drunk Gattis from the physical abuse of Jeanett, his wife of eight years.

Fast forward to the holiday itself – Thursday, November 23rd, 2017. Neighbours in the quiet, wealthy suburban community were startled by the gunshots and called the police. So, too, did Christopher Gattis. He contacted the home monitoring service that supervised his home alarms and told them to “send police.”

Officer Frazier, patrolling nearby, was the first officer to arrive after picking up the call from dispatch. His bodycam later showed what he saw as he approached the front yard of the Gattis home.

Andrew lay face down in the dirt in a bloodstained T-shirt, steam issuing from his body, his mouth open. Gattis stood in the doorway behind him.

“They kept threatening me. They threatened to kill me,” he said.

Rapidly, Frazier pushed Gattis to the ground and handcuffed him from behind before reading him his Miranda rights. Next he turned Andrew’s body over, revealing two gunshot wounds to the right rear side.

Gattis told Frazier there were two others inside the house. “They’re probably all dead,” he said. “They all came after me. I shot them.”

“When they all ganged up on me”

Frazier reported in. “I have one detained – be advised he shot three people. I got one male subject on the ground. He’s got two gunshots to the stomach. Sir, we have two females down in the kitchen…”