Maniac Wanted To Be Freddy Krueger For A Day

Maniac Wanted To Be Freddy Krueger For A Day 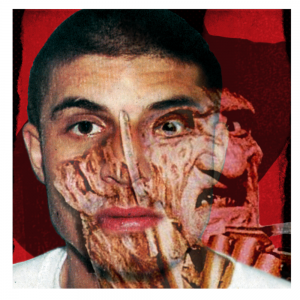 After attending a rave party in Hackney, east London, the weekend before the killings, the court was told, Gonzalez took a variety of drugs and ran naked through the street on his return home.

On the day of the killings, after taking a train to Worthing, Gonzalez bought a knife and ambushed Mrs. Marie Harding, inflicting deep and fatal wounds in her back and neck as she walked home from her daughter’s home near Brighton. He didn’t like school teachers and she looked like one, he later told the police.

In London the next day he stole two kitchen knives from the Oxford Street store of John Lewis, and at 5.20 the following morning he waylaid Mr. Kevin Molloy in Tottenham High Road, using both knives to kill him with stab wounds in the stomach, chest, neck and face.

Shortly before 7 a.m. he forced his way into the home of the Hornsey victim, stabbing him in the chest and arm, before going to Highgate and killing Dr. and Mrs. Robinson an hour later.

The DNA of one victim was later found on an ice hockey goalkeeper’s mask Gonzalez had dumped with other belongings at a London railway station. It resembled one worn by the serial killer in the film Friday the 13th, and Mr. Horwell told the jury: “It gives rise to the question of why on earth did he have that mask – a terrifying item in circumstances such as these?”

When the trial continued the next day the court heard that Gonzalez had told the police of his obsession with Freddy Krueger, a character in the film A Nightmare on Elm Street who kills his victims with a glove bristling with knives.

When Gonzalez’s home was searched detectives found a magazine entitled Freddy Krueger’s Nightmares, and Mr. Horwell said: “The defendant told the interviewing police officers that at home he used to watch a lot of horror films and that he had wondered what it would be like to be Freddy Krueger for a day. Then a little later, perhaps appreciating his error, he said it was the voices that had told him to be Freddy Krueger…”

Read the full report in Murder Most Foul No. 111 »