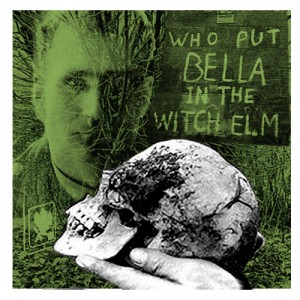 Few slayings have prompted more colourful speculation than Worcestershire’s Wych Elm Murder. For what other case can have ranged so widely as to include Adolf Hitler’s deputy Rudolf Hess, a trapeze artist, a Dutch spy, a coven of witches, and a self-hypnotising British Railways clerk?

The discovery that led to all this was made on April 18th, 1943, by four boys. They were bird-nesting in Hagley Wood, midway between Stourbridge and Birmingham, when in his search for eggs one of the lads climbed the five-foot stump of an ancient, hollow wych elm. Looking down into the tree’s cavity, he saw a skull grinning hideously up at him.

Assuming it was the remains of an animal, he fished it out with a stick, but as his companions gathered round to inspect it they realised that this was no skull of an animal. It was the skeletal head of a human, complete with teeth and strands of hair. Moreover, the tatters of clothing still on the bones showed that the skeleton was that of a woman.

The next day detectives arrived from the county police headquarters, accompanied by the Home Office pathologist Professor J.M.Webster. As the skeletal remains were removed from the tree, a balled-up piece of taffeta was observed in the vault of the skull. It had apparently been stuffed in the woman’s mouth to asphyxiate her.

The skeleton was not complete, however, and more remains were found in the surrounding area. A shinbone was recovered 12 yards from the tree, and more bones were found further away, along with scraps of clothing and a shoe matching one discovered in the tree.

But that wasn’t all. A hundred yards away, police found a human hand, a skeletal finger still sporting a wedding ring…