Will We Soon Know The Truth About Muriel’s Murder?

Will We Soon Know The Truth About Muriel’s Murder? 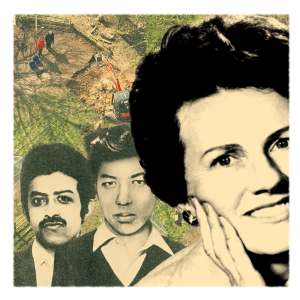 The brothers had wanted to kidnap the glamorous wife of media tycoon Rupert Murdoch – hoping to hold her for a £1m ransom. Instead, they snatched the wife of a fellow-Australian newspaper executive, hoping for a lucrative pay-off. It was an ordeal she would not survive…

“Although the probability is that Mrs. McKay is dead, she may not have been murdered. She was a nervous woman and subject to a course of treatment which would put everyone under the greatest strain. How she met her death, we don’t know…”