Will Ann’s Savage Slayer Ever Be Found?

Will Ann’s Savage Slayer Ever Be Found? 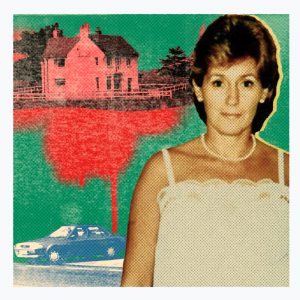 The romantic idyll of the middle-aged couple came to a tragic end that hot day August 3rd, 1990. In the morning Peter Heron drove off to his office. Ann, who had a part-time job as a care assistant, wasn’t working that day, so she went shopping.

Before her husband left home that day she asked him: “Please get home in good time tonight. I don’t want to be late for the party.” And her husband willingly agreed.

Ann was back at their luxurious home, Aeolian House, by 1 p.m., when Peter came home for lunch. He went back to his office an hour later and because the weather was now becoming really hot Ann changed into a bikini and went into the garden to sunbathe, taking her radio and accompanied by her collie dog.

Peter came home at six o’clock. The front door was open and the dog was outside. As was his custom, he called out to announce his arrival; there was no response. He noted the lounger, the radio, which was still on, Ann’s cigarettes and lighter, and a half-full glass. He went into the house and in the living-room he found Ann’s body lying face-down in a pool of blood, a gaping wound in her neck.

Her bikini bottom had been removed, although the top was still in place. He felt for some sign of life and discovering none he called the police.

For the next few hours detectives swarmed over the house and its extensive garden. There were no signs of forced entry, no disturbance of the contents, except that Ann’s book and a pair of her shoes were found about 15 metres from the sun lounger, and nothing appeared to have been stolen.

At the subsequent inquest it was revealed that the estimated time of death was about five o’clock that afternoon, and that the cause of death was due to shock and massive blood loss from the wound in her throat, inflicted, said the pathologist, probably by a cut-throat razor or perhaps a Stanley knife. Whatever it was, the murder weapon was never found.

Ann had no enemies. She was well liked and popular with her friends. She had no disputes with anyone. The same could be said for her husband.

What was very clear was that the motive was indeterminate. The removal of the bikini bottom suggested a sexual assault, but there was no evidence of that, nor were there any signs of a struggle – there was no bruising or physical damage to the victim.

It wasn’t a robbery, either. Her body, alive or dead, had just been picked up from the garden, taken into the living-room and dumped there. So did the killer have sexual intent that was frustrated by some disturbance that caused him to flee in a furious hurry?

Witnesses who saw a blue car vehicle exit from Aeolian House at around 5 p.m. said it sped off in the direction of Middleton St. George. The car screeched on to the road, just missing another vehicle whose driver had to brake to avoid a collision. A passing taxi also had to take evasive action.

The driver of the car was described as being in his early 30s, swarthy or sun-tanned, with dark hair that was long at the sides…a description that matches the man named by Private investigator Jen Jarvie. If she is right her research will bring an end to a mystery that has lasted for 30 years…