Why they dug up Kandy’s killer…

Why they dug up Kandy’s killer… 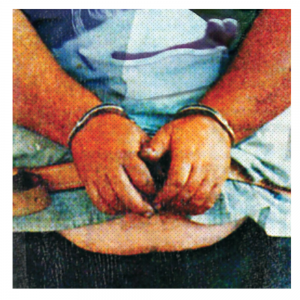 Mrs. Freeman, 37, and known as “Ginger” to everyone, was killed on December 1st, 1981, after a man called the realtor where she worked and said he was interested in buying a home on Greens Prairie Road, then a rural part of College Station. Her body was found behind the still-locked home later that evening. She had been struck in the head by a blunt object, stabbed repeatedly in the neck and shoulders and had suffered a broken neck as a result of strangulation.

Her husband Charles Freeman, worried when his wife hadn’t come home from work, called her office and learned she had not returned after an appointment almost four hours earlier.

It was getting dark outside, so Freeman and the husband of one of his wife’s co-workers started their search. They knew only that she had gone to show a house off Greens Prairie Road a few miles away.

Within 30 or so minutes, they spotted her white 1981 Chevrolet station wagon. And then they found her body behind the house. Her husband, the father of her two children, would later learn she had been sexually assaulted.

In the years that followed, dozens of leads were tracked, serial killers were questioned, potential witnesses were interviewed several times over – and still authorities were no closer to finding the killer. Not a day went by when at least one memory of Ginger Freeman didn’t flash through the mind of Charles Freeman.

It would take nearly 40 years for the killer of the popular office worker to be unmasked. Her husband, family and friends had never given up hope that the killer would one day be found. They finally had some conclusion and closure after their long wait. New evidence pointed to James Earhart, who had been executed in August, 1999, for the kidnapping and murder of nine-year-old Kandy Janell Kirtland of Bryan, Texas. Now they needed proof…