Why Shayna Shot Ryan In The Face

Why Shayna Shot Ryan In The Face 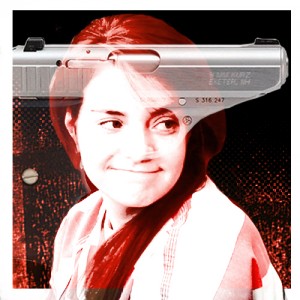 “I shot him enough times to kill him, so that he wouldn’t suffer,” Shayna Hubers, 21, told police in her video interview. “He was laying there, twitching and making noises, and I shot him in the head.”

She claimed she had called on her on-off boyfriend – Ohio lawyer Ryan Poston, 29 – in an effort to patch up their differences.

“I was watching him die. It was painful to watch him die and to know that I had done that,” Shayna continued, saying Ryan had always been vain about his looks. “I shot him right here,” she said, pointing to her nose. “I gave him his nose job he wanted.”

Police Chief Bill Birkenhauer was watching the live feed in his office. “My jaw dropped, you know?” he said later. “It was like, ‘Did she really just say that?’”

It was 9 p.m. on October 12th, 2012, when Shayna called 911, screaming that her boyfriend was dead. “I’m standing about ten feet from his dead body,” she yelled at the operator.

“Ma’am, I killed my boyfriend.”

When Lieutenant David Fornash Jr. arrived at the apartment minutes later, he found Ryan’s body lying beneath a bloodstained table, the surrounding furniture covered in blood and gore. He pointed his gun at Shayna, telling her to remain calm and step outside whilst another officer cuffed her.

“Did she shed any tears?” Fornash was asked later.

“No – it was more like a quick burst of ‘I don’t know how to explain it.’ No tears were ever seen by me.”

Read the full report in Murder Most Foul No. 99 »