Why Melanie Killed And Cut Up Her Husband

Why Melanie Killed And Cut Up Her Husband 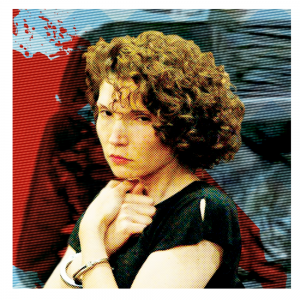 When a fisherman noticed a small suitcase floating in the water just under Maryland’s Chesapeake Bay Bridge on May 5th, 2004, he had no idea that he was about to expose one of the most baffling murder cases this century.

He opened the suitcase and found a pair of legs, from the knees down, stuffed into a bin liner. Horrified, he took the green and black case to the police. The detectives assigned to investigate knew that this was no ordinary murder. To kill is one thing, but to butcher a body requires a strong stomach and an iron will. How many killers could ignore the noise and vibration of a saw ripping through flesh and splintering bone? The person responsible for this butchery would have to be bordering on a psychopath or cold-blooded in the extreme.

Six days later a second, identical, green and black Kenneth Cole suitcase was found by a student who was researching in the area known as Fisherman’s Island. It contained a head and shoulders, also stuffed into bin-liners.

Then, on May 15th, a third suitcase was found by a man out on his boat, close to where the first gruesome discovery was made, and this contained a torso and other body parts. These three suitcases and their decomposing contents were all detectives had to go on. But they were able to sketch what the victim would have looked like before he had been so horrifically dismembered – a man in his 30s, with short, blond hair…