Why Marjorie Had Her Husband Murdered

Why Marjorie Had Her Husband Murdered 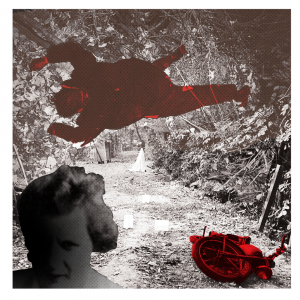 But for one thing the cause of Leslie Hutchinson’s violent death might have been attributed to a motorcycle accident. His motorbike lay in the road near his body and he had head injuries, as you would expect. But he also had a belt wrapped tightly twice round his neck, and it was buckled.

He was a 40-year-old welder, and the discovery of his body in a lovers’ lane near Hessle, Hull, was reported by his partner in a boarding-kennels business, Roy Bigby, a 35-year-old cook.

It was shortly after 1 a.m. on Friday, October 19th, 1962, and Bigby told the police he had been returning from Hull Fair to his caravan at the kennels off Redcliffe Road, Hessle. When his headlights picked out Hutchinson’s blue motorcycle lying on its side in the lane which led to the kennels he stopped to investigate. He found Hutchinson’s body lying nearby in a thicket, the cloth belt from his denim overalls wound round his neck.

Hutchinson and Bigby had established the kennels six weeks earlier, in partnership with Hutchinson’s 38-year-old wife Marjorie. For the two men the kennels business was a spare-time, evenings and weekends activity with Mrs. Hutchinson running the kennels during the day. Bigby said that because there was still a lot to do at the kennels he was sleeping at the caravan at the smallholding, instead of at his home in Brighton Street, Hull.

He had been to the fair that night with Mrs. Hutchinson and some friends. After finding Hutchinson’s body he tried to phone the police from the caravan, but couldn’t get through, so he ran to Hessle railway station and phoned from there.

At 1.45 a.m. police officers went to Hutchinson’s home in Buttfield Road, about a mile from the kennels, to tell his wife that he had been murdered. “No, no!” she cried. “I don’t believe it!”

The investigation seemed to be making little progress, but appearances were deceptive. On November 1st, just 13 days after the murder, three suspects were arrested and charged with the murder. They were the victim’s wife Marjorie, his partner Roy Bigby and Charles Frederick Green, 34, a Hull meat porter…