Why Did He Set Fire To The Doctor?

Why Did He Set Fire To The Doctor? 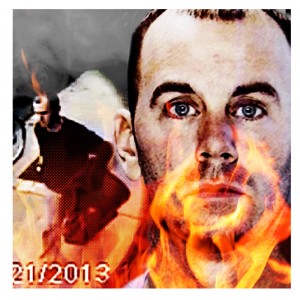 Just three days after the murder, Jason Smith, 36, was arrested while watching television at his home in nearby Levittown, Bucks County, where he lived with his girlfriend and her child. They also impounded his pick-up to search for any evidence linking him to the crime.

When confronted by arresting officers, Smith blurted out: “She was alive when I left her” – before he’d been told that Melissa was dead.

Although her mobile had been damaged in the fire, a check of her records showed her making a call to Smith on the day of her murder, presumably to arrange a time to meet him at her home.

Smith was taken back to headquarters where he was interviewed by homicide detectives for several hours. Lead investigator Edward Toller told Smith, who had at first denied even being in the area, that the police had surveillance photos of him entering and leaving Melissa’s building and footage of him driving off in his van.

Smith then admitted he had been in Melissa’s home, having been called for an extermination job, but insisted that when he left her home she was still alive. Toller kept pressing Smith and eventually slammed down a sheaf of photos taken at the murder scene, showing close-ups of Melissa’s charred body.

“You have a daughter,” Toller told Smith. “How would you like someone to do something like that to your daughter?”

Smith began to weep uncontrollably, collapsing to the floor in a heap. After being helped back to his chair, Smith regained his composure and, at Toller’s prompting, agreed to confess.

“I grabbed her and moved her out of the way. I hit her. I grabbed her by the neck and started choking her. She said: ‘I’m sorry, I’m sorry. Please stop. I’ll do whatever you want.’ I realised there was blood on the ground. I let go of her and she fell to the floor. I saw the [leather] ropes on the shelf. I tied her up and then I set fire to her. I grabbed my stuff and ran out of there.”