Why Denise Married Her Husband’s Killer

Why Denise Married Her Husband’s Killer 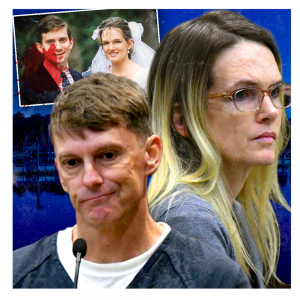 Brian wanted to drown Jerry Michael “Mike” Williams, his best friend, by shoving him in the water – but when Mike struggled to get out of his jacket and waders, Brian panicked.

“He started to yell and I didn’t know how to get out of that situation,” Brian said. “I had my gun in the boat, and so I loaded my gun and I just made one or two circles around and I ended up circling closer towards him and he was in the water, and as I passed by, I shot him.”

Brian dragged Mike’s body to the shore and stuck it in a dog crate. He drove back to Tallahassee and buried the body in a favourite spot near Carr Lake. It was Mike and Denise’s sixth wedding anniversary.

The next 44 days were difficult for Brian. Denise reported Mike missing, presumed drowned. His Ford Bronco was found abandoned by a rarely-used launch spot on the lake. Rescue teams, led by the Florida Fish and Wildlife Conservation Commission, searched for his body day after day after day. “I think my father and I were the last ones,” said Brian. “My dad didn’t want to give up. He loved Mike.”

When Mike wasn’t found, the rescue teams agreed he was probably eaten by an alligator – even though alligators don’t normally eat during the cold winter months.

“We didn’t have a whole lot to go on except there was an empty boat and the guy didn’t show up,” said an officer. “There was nothing there that we had from the scene that suggested foul play at all.”

Six months later, Mike’s waders, jacket and hunting licence were found by an angler. They were trapped in some weeds. There was no sign of an alligator attack, no bite marks…