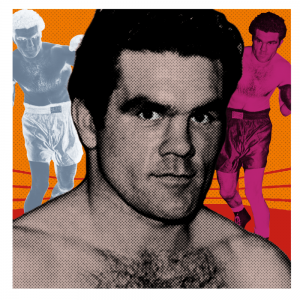 There is only one thing on which people can agree about the death of Freddie Mills, one-time light heavyweight champion of the world and TV celebrity. On the night of July 25th, 1965, he was found shot in the eye in his car parked in Goslett Yard at the back of his club, Freddie Mills Nitespot, in the Charing Cross Road, in London, which he ran in partnership with the former manager Andy Ho.

Apart from that fact questions arise: was it suicide or murder? Why would Freddie, one of the most popular figures of his day in sport, want to kill himself? Why would anyone want to kill him? Mills’s family and the boxing community generally have never been able to accept that this brave man who had appeared perfectly happy on the day of his death would commit suicide…

Suicide? A gangland hit? Even wilder theories emerged: was he a serial killer – London’s notorious Jack the Stripper?