When Vet Wendi Put Her Husband Down

When Vet Wendi Put Her Husband Down 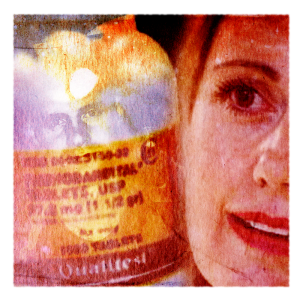 Sergeant Mike Severance was outside parking their pick-up when his wife of five months Dr. Wendi Mae Davidson went in and poured him a beer.

He was still outside when she dropped five veterinary Phenobarbital pills into the drink. This is a highly soluble drug and would not spoil the taste of the beer. Nor was it fatal. But it was a sufficient dose to put Mike into a long, deep sleep.

Still brimming with excitement about the forthcoming trip to see his parents, Mike rushed in, downed the beer, undressed, and fell on to the bed.

After checking that he was unconscious, Wendi filled a syringe with Beuthanasia-D, a solution used by vets to put down animals, and injected it into his chest. The solution contained a lethal dose of phenobarbiturate and the anti-convulsive drug phenytoin.

She looked at her watch, calculating the short time it would take for the drugs to stop Mike’s breathing and shut down his heart.

Like one of the terminally ill animals that were brought to her clinic, she was putting him down…