What Happened To Peter Falconio?

What Happened To Peter Falconio? 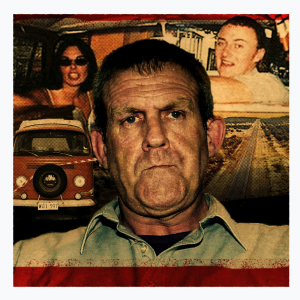 Joanne Lees and Peter Falconio were an adventurous young couple, travelling to Italy, Greece and Jamaica. Then, undaunted by the disquieting news of the backpacker murders and the Port Arthur killings, they planned a trip to Thailand, Singapore and Australia. On November 15th, 2000, they set out through Nepal and Malaysia, arriving in Sydney in mid-January 2001.

For the next five months Joanne worked in a bookshop in George Street and the couple enjoyed the city’s nightclub scene. Then the adventure continued. Falconio bought the Volkswagen T2 Kombi for their road trip to Melbourne, and from there to Adelaide, Darwin and Brisbane.

The journey from Adelaide in the south to Darwin in the far north is a monotonous two-day trip over one of the world’s loneliest roads. There are places to stop, to rest, to eat and drink, but the rest of it is a reflection of Australia’s empty vastness.

They had been driving through the darkness for a couple of hours when Joanne said: “There’s a truck following us. It’s been on our tail since we left the roadhouse in Barrow Creek.”

Peter Falconio, who was driving, said, “I’ll slow down, to let it overtake.”

It was about half past seven in the evening of July 14th, 2001, and the couple were driving north on one of the loneliest roads in the world, the Stuart Highway crossing Australia’s Northern Territory. Dutifully, Falconio slowed to allow the truck, a white Toyota Land Cruiser pick-up with a canopy, to pass.

As it drew level the driver gestured excitedly at them to pull over.

“Something must be wrong,” Falconio said.

“We’d better find out what the problem is,” he replied. The white Toyota had pulled off the road ahead of them and the driver, a huge, six-foot-four, 17-stone man, was getting out. Falconio stopped his Volkswagen behind the Toyota and went to meet the other driver.

“Your exhaust is throwing out sparks, mate,” the big man said. “You need to take a look at it.”

Like most young Brits who set out on the big adventure down under, Peter Falconio and Joanne Lees had only recently acquired their Kombi, so they weren’t too familiar with it. They couldn’t have met up with a more sinister “helpmate” on that lonely road on that lonely night than the one who now confronted them…

Read the full report in Murder Most Foul No. 118 »