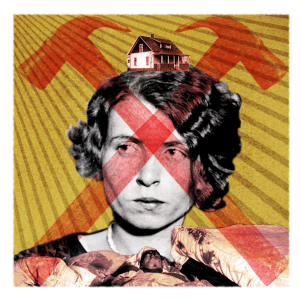 Early in the morning of December 7th, 1927, a call from one of Eddie’s relatives brought Sheriff Edward Rasmussen speeding to the home of Eddie and Velma West. Eddie’s battered, blood-spattered corpse had been found in the newly-weds’ bedroom.

The relative told the sheriff that he had gone to the house to find out why Eddie hadn’t arrived for work that morning. No one had answered the phone when he called.

“I found the door open, even though it’s freezing,” he said. “But the house was warm, I found lights on and got worried. I ran to the bedroom – and I found Eddie.”

The sheriff, a deputy, a photographer, Coroner O.O. Hausch and Dr. Carl, the Wests’ family doctor, went to the death room. The evidence there clearly indicated that the battered bridegroom had given up his life only after a titanic struggle. The room was a bloodstained shambles. Furniture was overturned and broken. Signs of violence and carnage were everywhere.

Eddie’s body lay on the bed, covered to the neck with a blood-drenched quilt. His head and face had been bludgeoned into a shapeless mask which bore no resemblance to the handsome features of the 26-year-old nurseryman.

Someone wondered aloud who could have done such a horrible thing, but no one had an answer. Only one thing seemed to be certain at that moment. Eddie West was over six feet tall and weighed 14 stone. It was reasonable to surmise therefore that his killer must be a fearsome bruiser.

Under a newspaper on the floor the investigators found a blood-caked claw-hammer, to which adhered wisps of hair and particles of flesh. Sheriff Rasmussen had it tagged as the murder weapon.

Velma was nowhere to be found…

Read the full report in Murder Most Foul No. 126 »