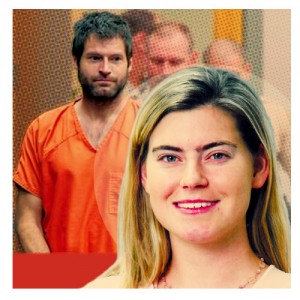 Dr. Rachael Frisbie Maidens, still only 34, was on her way to achieving all her personal and professional ambitions. She was a highly successful dentist with a growing industry reputation and a thriving practice in Maryland Farms, Tennessee.

The home she shared with her 42-year-old husband Randolph “Randy” Maidens and their beautiful two-year-old daughter was a mansion in the highly desirable and exclusive Governors Club development at Brentwood, an affluent suburb of Nashville.

But despite appearances, all was not perfect with the golden couple in the crime-free gated community…

Cracks in the couple’s relationship started to appear when he began to become disturbingly temperamental, sometimes losing all self-control. At an important conference held by his company, Rachael confided to friends that she had been reluctant to accompany him to the event, at Walt Disney World in Orlando, because of his increasingly unpredictable and erratic behaviour. Shortly after their arrival at the resort, Randy had started having a major row with her in front of his colleagues and their spouses.

Although he didn’t even know some of these men, he tried to pick fights with them before friends led him upstairs to a private room. They failed to placate him, however, and in a drunken rage he began swinging punches at them and smashing glasses, screaming that he was going to kill his wife. Police were called, and he was handcuffed and taken into custody.

Charged with public intoxication and disorderly conduct, he spent the night cooling his heels in the county jail. Rachael declined to press charges, and three days later he was back at work. But this was only to be called into a meeting with his bosses, who told him his violent, unpredictable behaviour made it impossible for them to continue to employ him.

Getting fired may well have been what finally pushed him totally over the edge. Although he had no criminal record, he was already facing a court appearance, having been caught driving over the drink limit two months earlier, and Rachael’s family were becoming increasingly worried about him.

She was concerned that Rachael hadn’t answered her calls, and feared that her son-in-law had become suicidal.

“As for the outer appearance of the house, the shades were pulled shut,” Officer Austin Kerns said later. “One of the garage doors was open, and we entered the home through there.

“I attempted to call Randy and Rachael multiple times and knocked on several doors, with no response. My partner and I announced ourselves as the Brentwood Police and continued to call out for the Maidens.”

Inside the house, the officers found Rachael’s body wrapped in a blanket in a first-floor bedroom. A gun lay beside her, and she had been shot 10 times, mostly in the back.

“It was very clear this was a deceased female, and any emergency medical attention would be irrelevant,” Kerns said in his report.