Torture Horror Of The Beauty Queens

Torture Horror Of The Beauty Queens 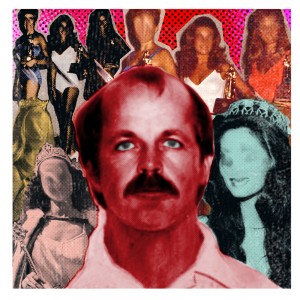 On April 10th, 1984, Dawnette Wilt, 16, was reported missing after she disappeared from a shopping mall in Merrivale, Indiana. Two days later and more than 1,000 miles away, a man driving along a country road near Barrington, New York State, saw a young girl staggering along the lane’s shoulder.

Stopping, he saw that she was covered with blood. She was incoherent and, thinking she must have been struck by a car, the man rushed her to hospital where doctors found she had been stabbed several times in the back and chest. Her survival, they said, was a miracle. Somehow the long bladed knife had missed her vital organs, and if she had been picked up any later she would have bled to death.

As she slowly recovered, she told how she had been shopping in a Merrivale mall when she was approached by another girl who asked her if she would pose for some photos. The girl who made the approach, 16-year-old Tina Marie Risico, said she herself was being paid $250, and the photographer also wanted a second girl who would be paid the same sum.

Dawnette told the police that when they reached an orange-coloured car a man seized her, dragged her onto the back seat, taped her mouth and told her he’d shoot her if she struggled. Then while the other girl drove, the man sexually assaulted her.

Late that evening they stopped at a motel in Akron, Ohio. Tina Marie whispered to her not to resist the man or they would both be killed. She herself had been abducted in California. “It will be bad,” she said, “but it’s better than being dead. Just try to do what he wants.”

“He’s done those things to me,” Tina Marie whispered, displaying burn marks on her breasts. “I know he has killed people, so just try to endure it.”

Read the full report in Murder Most Foul No. 106 »