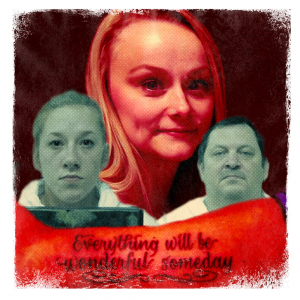 Like millions of women around the world, Sydney Loofe turned to internet dating. Tinder, to be exact. She chose Tinder for the same reason many young women do – because of the lack of chances of meeting potential partners in Lincoln, the small Nebraska town she lived in.

And in 2017, she was delighted to find a girl who fit her desires almost exactly. Bailey Boswell was 23, and Sydney was besotted. The two got on so well at their first date that Sydney was delighted they’d arranged a second.

She was so delighted that she sent a photo of herself with Bailey to a friend, Brittney Finn, and she put a post up on Snapchat saying “Ready for my date” before heading out – a post that got her mother’s attention.

“How come you didn’t tell me you had a date?” Susie Loofe’s text read.

She wasn’t angry, she was excited. After all, she’d just found out that her daughter was going out with someone for the night. What’s more, for the second time – could this finally be the start of something serious?

All she wanted was to hear about the details, so she could enjoy her daughter’s success, and hope for a brighter future.

But Sydney would never reply to her text. In fact, as investigators found months later, she was probably already dead.

On December 4th, three weeks after Sydney’s disappearance, police received a call from the owner of a property near a farm in Clay County, about 90 minutes’ drive from Sydney’s home in Lincoln.

She had rented her property to a man named Aubrey Trail, 51, and none other than Bailey Boswell.

The owner went out to see why the rent hadn’t been paid and found the place smelling of bleach.

This tallied with the police’s investigations into Sydney’s movements on the last night she was seen. They’d been following her mobile phone signal, as it pinged off various masts. Those signals had led police to the very same property, before the signals vanished.

So the police searched the area, and soon, parts of a body were found in a ditch nearby. An arm was sticking out of a rubbish bag full of body parts – more bags with other body parts were found strewn along the side of roads around the area.

Most of the body’s internal organs were missing, including her tongue, kidneys and heart.

But a tattoo on one of the arms matched the description of one that Sydney was known to have, with the same inscription – “Everything will be wonderful someday…”

Read the full report in Master Detective May 2021 »