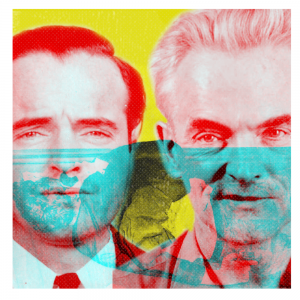 That hot Independence Day, 1960, most of Long Island’s residents had gone to the beach. One who didn’t was Angela Wright, who had decided to spend the day gardening. She was tending the rose bushes behind her house when she became aware of a noxious odour coming from the open window of a cottage in nearby Hoyt Avenue South.

This was the home of Frederick Sess, 78, a retired foundry worker, and John Rescigno, 62, a disabled army pensioner. They lived together in the small shingled cottage of two tiny bedrooms, kitchen and bathroom.

Angela recalled that someone had said locally that they hadn’t seen Fred or John since the previous Thursday. Curious, she edged her way to the window of Sess’s bedroom and looked in.

What she saw made her drop her secateurs and run screaming to the apartment-house landlord who also owned the cottage rented by the two men. “Something’s wrong inside the cottage!” she yelled. “I saw a pair of feet sticking out from the bed – and I think I saw blood!”

The landlord, who had just begun his dinner, dropped his knife and fork, rushed to the cottage, took one look, and went off to find Patrolman Peter Dispenza, on traffic duty, whom he knew. Using the landlord’s passkey they went into the cottage and were almost overcome by a choking, sickening odour. “This place has the smell of death,” remarked Patrolman Dispenza.

Opening the door of John Rescigno’s bedroom they were met with a scene of incredible violence. Rescigno, in his underwear, was sprawled on the blood-drenched bed. His skull was battered and crushed, his neck appeared to have been slashed with a jagged weapon like broken glass, in the region of the jugular vein, and the rest of his body was perforated with stab wounds.

Broken beer bottles littered the floor, and the matchstick furniture had been heaved over. And over everything hung that smell of death.

In the second bedroom they did not have to look beyond the bed. The body of Fred Sess was wedged between the bed and the wall. His skull was crushed and blood-crusted like Rescigno’s, and his arms and legs, too, were perforated with stab wounds. As in the previous room, the floor was littered with smashed beer bottles, and many of the crushed pieces were bloodstained. A small iron shovel used to put coal into a pot-belly stove lay alongside Sess’s body. There was a chair with two broken legs, and both pieces bore telltale stains of blood.

The landlord broke the shocked silence. “These guys were harmless old men,” he said. “Who could have wanted to kill them?”