The Smiling Killer On The Hospital Ward

The Smiling Killer On The Hospital Ward 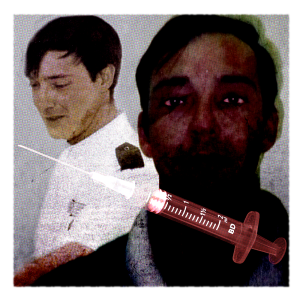 He had already caused the death of a female colleague by spiking her drink with the date-rape drug Midazolam. But that didn’t stop evil nurse Kevin Cobb looking for more victims to attack for sex…

Cobb had been married only three months when he killed Susan Annis. At his home detectives found a syringe which could be used for spiking drinks. It was in his jacket pocket and it bore traces of zopiclone, a potent hypnotic sedative.

After the trial he was described by Detective Superintendent David Cook as “a calculating, evil and very dangerous man” who had put all his victims’ lives at risk.

“He was quite specific about the sort of women he attacked. They could almost be described as clones of each other. They would not be interested in him as a man you could pass in the street without noticing. We are convinced there are other victims…”