The Sickest Torture Slayer Ever?

The Sickest Torture Slayer Ever? 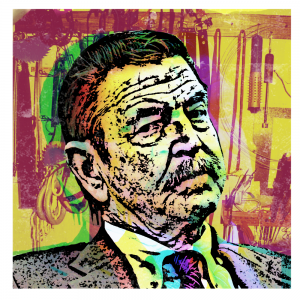 Cynthia Vigil ran naked and blood-spattered down the road, her long brown hair matted with dirt, semen and human faeces. “Help me, please help me!” she cried hysterically, as she approached the entrance of a mobile home in Elephant Butte, New Mexico.

To her great relief the door was open. She bounded over and rushed inside, slamming the door behind her. The trailer’s occupant, who was watching television, was startled to see that not only was Cynthia naked but a five-foot chain dangled from a metal collar padlocked round her neck. The resident promptly called the police.

It was the hot afternoon of March 22nd, 1999, and 22-year-old Cynthia Vigil couldn’t talk to anyone for nearly two days after she was rushed to hospital suffering from shock and exhaustion. Then police at her bedside heard a tale they found almost impossible to believe. For three days Cynthia Vigil had been held captive and tortured and raped. And her escape was to reveal a story that would feature death, sadism, incest and kidnapping.

It seemed that life in the quiet retirement community of Elephant Butte, on the shore of one of America’s most beautiful deep-water lakes, would never be the same again…

Read the full report in Murder Most Foul No. 112 »