The Sex Beast Of Glasgow

The Sex Beast Of Glasgow 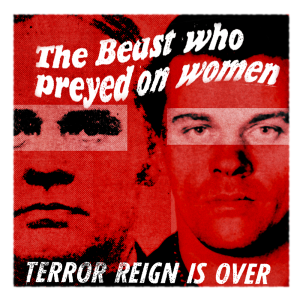 A number of local women who had been raped and assaulted unhesitatingly identified Thomas Ross Young as their assailant.

One of them said that on May 22nd, 1977, she had gone with Young to a secluded spot in Glenboig, North Lanarkshire, Scotland, where he raped her, beat her, and left her for dead. She took police to the place where the alleged crime happened. It was the exact spot where the body of 37-year-old Frances Barker was found.

An examination of Young’s work sheets revealed a diligent employee. Over a four-month period he didn’t miss a day’s work, weekends included, except on June 11th. It was around midnight on June 10th that Frances Barker vanished.

When he was finally charged with murder, he broke down.

“I knew it would come to this,” he sobbed. “It’s going to be the same as last time. I’m going to come out when I’ve done my time and be a maniac again. I need treatment. I should be in the nutcracker suite in Carstairs (Scotland’s high-security psychiatric hospital).

“Maybe I done that woman in. I can’t remember because of the blackouts. One time I drove a hundred miles and didn’t know it. I used to hit my wife and didn’t know I’d done it. One time I locked her in a cupboard and forgot about her. If she hadn’t opened her mouth she would have been in there all day.