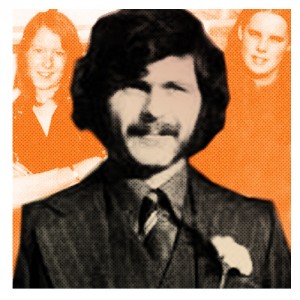 It is September 1973, and the Top Rank nightclub in Swansea is packed. In the middle of the dance floor, bopping to Marc Bolan, are 16-year-old Geraldine Hughes and her best mate Pauline Floyd. Coloured spotlights, miniskirts, vodka and lime, loons, feather haircuts and crippling knee-high platform boots are “in.”

No one in Swansea, or the world for that matter, has heard of the words “serial killer” or “sexual predator.” even though there was just such a killer here tonight, hidden among the dancers, with his shoulder-length hair and sideburns, indistinguishable from all the other would-be male suitors.

Tonight he will kill again, twice. Perhaps he has already picked them out, bubbly Geraldine with her big laugh and white minidress, and quiet Pauline, just five foot tall, with her green nail varnish and finger rings.

Geraldine and Pauline never make it home. At 10 a.m. the next morning a pensioner walking in a wooded copse near Llandarcy stumbles on Pauline’s body. She is lying face down with her black platform boots beside her.

Someone has lashed a five-foot rope around her neck several times and strangled her. Her clothing is heavily bloodstained; she has been battered about the head.

Geraldine’s body is discovered 50 yards away, close to the main Jersey Marine Road, busy even at night, leading directly to the M4. She too has a head wound and has been strangled with a five-foot rope from behind.

The copse is a shortcut from the main road to Llandarcy and Pauline’s home, where both girls planned to spend the night. But how the girls ended up in that pitch-dark copse with a stranger, how the killer controlled two girls, will never be known.

In the black and white police crime scene photos, both girls look absurdly out of place, like broken mannequins dumped in a forest. In close-up their faces, daubed with mud and debris from being pushed into the earth, are grotesquely aged by the agony of their violent death.

A huge police murder team, with more than 150 detectives, is swiftly assembled. It is the biggest murder inquiry in Welsh history.