The Posting Of A Murder Confession

The Posting Of A Murder Confession 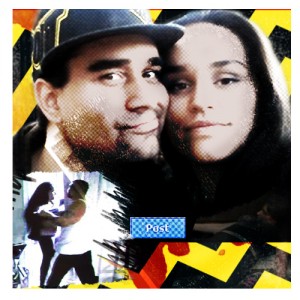 Derek Medina and his wife Jennifer Alfonso’s three-year marriage had been a destructive alloy of passion and fighting that had led to divorce, then reconciliation a few months later. They had just moved into a new townhouse in South Miami but a familiar pattern soon re-emerged…

The house had an elaborate home security system that included interior CCTV cameras, and the footage it recorded on August 13th, 2013, would later prove vital:

It shows Jennifer walking into the kitchen wearing black leggings, black T-shirt and bright pink socks. She starts washing up and seems to be focusing on the dishes rather than prolonging the row. But the action moves on and off camera, and the sound of angry voices hots up again.

“This time I’m leaving you for good,” yells Jennifer.

“I’ve vowed to kill you if you ever leave me,” says Medina. “You know that.”

There’s a scuffle, more shouting off-camera, and Medina is seen leaving the kitchen. He returns a few moments later. Eight shots ring out, and a flurry of gunpowder swirls across the film.

He leaves the kitchen again, and returns with a mobile phone. The photo he takes shows a bloodied Jennifer kneeling in a corner, twisted backwards in supplication, riddled with bullet wounds. He captions the picture “RIP Jennifer Alfonso” and posts it on Facebook…