The Necrophiliac Who Killed To Cure His Headaches

The Necrophiliac Who Killed To Cure His Headaches 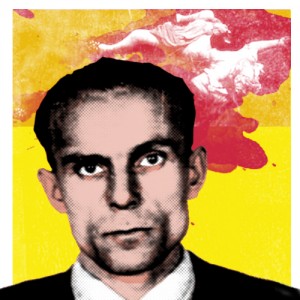 Vaclav Mrazek saw her as he rode his bike along the forest trail. “What a pretty girl,” he thought. As he passed Marie Dvorakova, 16, he raised his gun and fired at her head.

As if in a dream, she fell without a murmur – a beautiful young life extinguished in a moment, without even the merest whisper of a protest.

A great sadness engulfed him. Yet at the same time, the pain in his head – that unbearable pain – had already begun to recede.
He turned his bike and rode back to the girl. Resting the bike on the grass, he took out his knife and slashed her dress. He began to rape her. Then he noticed the trickle of blood from her head and began to retch. He really couldn’t stand the sight of blood…

“I am most sexually satisfied in cases where I shoot the women,” serial killer Vaclav Mrazek told a psychiatrist after his capture. He had been born the Czech depression of the 1930s and the family survived through theft. From there the brutal effects of the Second World War had provided further trauma – but also the opportunity to indulge his fantasies of sexual brutality, necrophilia and murder even before he became the “Phantom of Chomutov…”