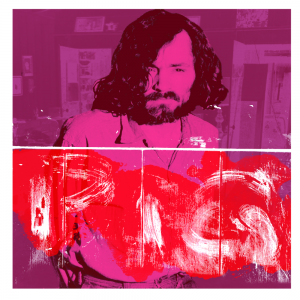 “Now is the time for Helter Skelter!” Manson announced, telling Susan Atkins to change into creepy-crawly clothing and get a knife. Linda Kasabian was also told to change into dark clothing. She too got herself a knife. Patricia Krenwinkel, high on acid, was also ordered to equip herself with dark clothing and a blade. The trio then got into an old yellow and white Ford driven by Tex Watson.

Linda was in the front passenger seat, and Susan and Patricia sat in the back, a pair of bolt-cutters and a long coil of special nylon rope beside them. Just before they left the ranch, Manson came over to the car and said: “Leave a sign. You girls know what to do. Something witchy.” Then he stood watching them drive off.

The car’s destination had been chosen in advance. During the journey Tex Watson told the girls that they were going to record producer Terry Melcher’s old home at 10050 Cielo Drive, and they were to kill everyone there and get their money.

At around midnight the old yellow and white Ford rolled to a stop in front of 10050 Cielo Drive. Watson shinned up a telegraph pole and cut the phone wires with the bolt-cutters, while the three girls climbed over the security fence. All were carrying their knives, and Watson had the .22 Buntline Special revolver and 43 ft of nylon rope slung over his shoulder.

A white Nash car came slowly down the drive towards them, and Watson leapt out into the headlights, shouting to the driver to stop.

“Please don’t hurt me. I won’t say anything,” pleaded Steven Parent, who had been at the caretaker’s cottage talking to Bill Garretson.

Watson walked to the open car window and shot him four times in the chest, before steering the car off the drive and into some bushes. Linda Kasabian later claimed she never entered the house but simply kept watch while the other two girls scouted around.

Watson cut a hole in the screen door – by the room intended to be the nursery for Sharon Tate’s baby – at the front of the house. Once he had secured an entrance, he and Susan Atkins and Patricia Krenwinkel walked in.

The house was full of noise, with a stereo blasting out music and video-recorder also playing. Lying asleep on a couch in front of the fireplace in the living-room was Voityk Frykowski, who had taken the mild psychedelic drug, MDA. He was awakened by a gun barrel pushed into his face. His first reaction was to ask: “What time is it?” Then, when he saw the trio surrounding him, he asked what they wanted.

Watson replied: “I’m the Devil, here to do the Devil’s work…”

Read the full report in Master Detective May 2018 »