The Man Who Kept Losing His Wives

The Man Who Kept Losing His Wives 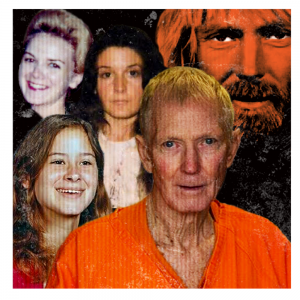 Felix Vail killed his first wife when he was only 22. It took 50 years for justice to catch up with him, a half-century during which two other women close to him mysteriously disappeared. If he killed them, that qualifies him for the dubious distinction of being America’s oldest serial killer.

Life had looked promising for Vail after he left high school. He worked for an open-heart surgery pioneer, studied for a medical degree, and was highly rated. But it didn’t last. He traded his medical work for life as a hippie, hitchhiking and exploring.

And, some believe, having multiple affairs and killing his partners when he tired of them.

In the 1960s, when he was 22, Felix Vail was to all intents and purposes a normal, hard-working student in a medical laboratory. He had already met and married Mary Horton, who was also 22. A child, a boy called Bill, was born of their union and he would grow up to loom large in the wild life of Felix Vail that was to come.

One afternoon Vail and Mary decided to hire a boat on the local river and trawl for fish. Baby Bill was left at home in the care of friends.

Felix Vail later gave his version of what happened. “We took the boat from the Calcasieu River, near Lake Charles,” he said. “While Mary was trawling she moved about in the boat and fell in.

“Night was coming on. Mary was afraid of the water and couldn’t swim. I tried desperately to save her, but I couldn’t get hold of her to pull her back into the boat. I kept looking for her and calling out her name until it got too dark to see anything.”

Mary’s body was found two days later. There was a four-inch bruise on the back of her neck and a scarf knotted around her throat with part of the cloth stuffed down her throat.

Suspicious detectives moved in closer on Felix and his boat. Felix told them he was running trotlines (long fishing lines), but that section of the river was unsuitable for that type of fishing. Searching the boat, they found the trotlines still inside Felix’s tackle box.

During the intensive investigation that followed there was a slew of circumstantial evidence, including contradictory testimony from Vail, who showed no emotion over his wife’s death And, it was revealed, he had taken out a $50,000 double indemnity life insurance policy on Mary only two months before she died.

That Felix Vail wasn’t charged with his wife’s murder on that night of October 28th, 1962, given all the evidence, seems just as inexplicable today nearly 60 years later as it must have been then. The local Louisiana parish coroner wrote off Mary’s death as an accidental drowning, despite all the evidence to the contrary…