The Life And Crimes Of A Cannibal Killer

The Life And Crimes Of A Cannibal Killer 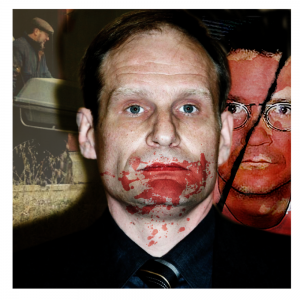 Dressed in a smart charcoal-grey suit, a black and white patterned silk tie, and carrying a state-of-the-art briefcase, Armin Meiwes, 42, looked like one of the lawyers as he arrived and took his seat in the court at Kassel in Germany.

He wasn’t a lawyer. He was the defendant, and his crime was cannibalism. He cut up a man while he was still alive, cooked his flesh, and ate it together with his victim until the victim died of the wounds thus inflicted on him.

One of the wounds occurred when Meiwes, a computer scientist, sliced off his victim’s penis and fried it in butter before both men shared the gruesome meal, accompanied by a bottle of South African wine.

The rise of the internet, on which Meiwes found his victim, has revealed something new in the annals of crime – consensual cannibalism. There are now apparently thousands of people who want to be eaten by someone who wants to eat them, and who don’t mind the whole experience being filmed as they slowly die.

Meiwes stunned the world with his story, revealed at his trial in December 2003 to January 2004. He met 43-year-old Berlin engineer Bernd Jürgen Brandes in an internet chatroom for cannibals after advertising for a “young, well-built man who wants to be eaten.”

Brandes volunteered and Meiwes killed him one night in March 2001, and then spent several months eating him.

“He told me he had had the desire since he was a child to be slaughtered and eaten,” Meiwes said. “He was very intelligent and I didn’t see any sign that he was disturbed.

“I didn’t do anything against his will. He knew he could have turned back at any moment, but he chose not to. I cannot be held guilty of murder because I helped a man fulfil his biggest wish. There are many more like me in Germany.”