The Last Man Hanged In Wales

The Last Man Hanged In Wales 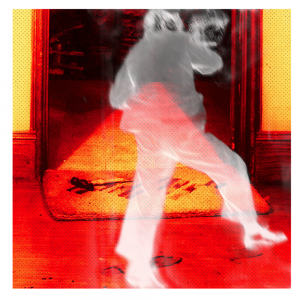 “Hello, boyo! You left something behind?” asked Fforestfach postmaster William Williams as he peered out into the drizzly Friday evening of November 15th, 1957.

Shock froze Vivian Teed for a few seconds. He hadn’t expected to find the old man there. The lights were off. So what was he still doing at work well after seven? Panic gripped him. He couldn’t think straight. What should he say? Should he just leave? What about all those plans of his.

Something snapped in his brain. He pulled a hammer from his pocket and pushed past the postmaster, bringing the weapon down with furious force on Williams’s skull.
The first blow stunned him, and he staggered against the wall, an expression of pain, terror and bewilderment on his face.

Teed felt as if every second of anger stored up through his 24 years was erupting like some grotesque volcano, and he struck Williams again and again and again with such force that the shaft of the hammer split – the hammer he had stolen from Williams two months earlier.

Blood, bone and brain matter spattered the walls and stuck to the weapon. But Williams was still moaning when Teed rifled through his pockets for the key to the safe. All he found was the post office door key which was useless to him because no cash or valuables were left outside the safe.

After rummaging along the counter in the dark, Teed left the dying postmaster and fled empty-handed.

The streets were quiet as Teed trudged head down against the wind and rain. In 1957, Fforestfach was still a hamlet three miles from Swansea. Today, it’s the site of Swansea West Industrial Park, and the Chocolate Factory the tourists flock to.

Still shaking, Teed made his way to the Cwmbwria Inn. At closing time, he and a friend went to a local café for chips. It was here that Teed bragged: “I’ve done that Fforestfach job. I hit the man. I couldn’t find the safe keys and he was coming to, so I left him and didn’t take anything. I was wearing socks. One was ripped, so I might have left my prints.”

“You must be frigging barmy,” said the friend in disbelief. Teed had a reputation for violence and a string of convictions to prove it, but he was also known as a compulsive liar. So the friend thought no more about Teed’s boasts – until he heard about the postmaster’s murder.