The Killing That Put Pop’s Mad Genius In Jail

The Killing That Put Pop’s Mad Genius In Jail 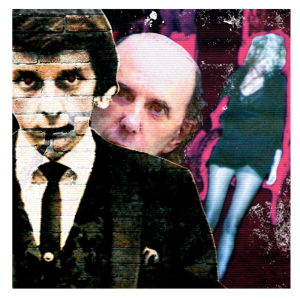 Phil Spector’s chauffeur lights another cigarette and watches the smoke coil across a star-struck Los Angeles sky. He’s parked in a warm Mercedes outside the back door of the faux Pyrenean castle where Spector lives – a concoction of tiles and turrets atop a hill in Alhambra, one of the city’s gloomier working-class suburbs. It’s February 2003.

A breeze rustles the castle’s surrounding jungle of palms and vines, and Adriano De Souza convinces himself he’s lucky to have this job as “relief” driver for such an important boss. Everyone’s told him Phil Spector is a legend, a genius who transformed pop music in the 1960s. Maybe, thinks Adriano. But the guy’s definitely creepy.

He’s waiting to take home a six-foot blonde stunner Spector met at the end of an evening’s boozing at a club called The House of Blues. Courteous, sober and self-possessed, Lana Clarkson had whispered to Adriano: “This will only be a quick drink. You won’t have long to wait.”

As Spector lurches drunkenly from club to car then car to castle, she grabs his arm and holds him upright. He’s growling and incoherent.

They disappear into the house and Adriano settles down to wait. Fifteen minutes later, Spector stumbles out of the back door looking mad and disorientated. Adriano asks whether he wants to collect his briefcase and portable DVD player from the car.

“No, no, no,” mumbles Spector, then changes his mind and takes the player into the house. Adriano follows with the briefcase. There’s no sign of Lana Clarkson.

For the next 90 minutes or so, Adriano listens to the car radio. Shortly before 5 a.m he hears a popping sound. He’s served in the Brazilian military and thinks it could be gunshot. He gets out of the car and looks around. But there’s nothing amiss, so he returns to the driver’s seat.

Seconds later, Spector emerges from the back door. He’s still dressed in the clothes he’d worn all evening – white jacket, black trousers and shirt – but he’s holding a gun and there’s blood on the back of his hand and between his fingers.

“I think I killed somebody,” he says.

Adriano looks past him into the red-carpeted hall, and sees Lana Clarkson sprawled bloodily on a Louis XIV chair, the bottom of her face blown away and teeth scattered on the floor around her.