The Hunt For The Johannesburg Hammer-Killer

The Hunt For The Johannesburg Hammer-Killer 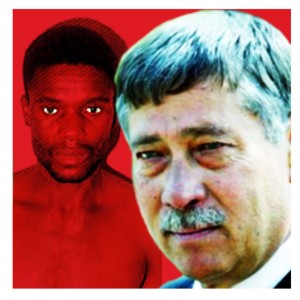 “I see the person. I know immediately if the person I’ve caught is the right one,” said South Africa’s top detective for four decades, the Columbo-like Piet “Piet Byl” Byleveld.

The suspect sat before Byleveld in the Brixton Murder & Robbery Squad’s interview room in Johannesburg. He was a gentle soft-spoken married handyman called Cedric Maupa Maake, 32.

Byleveld had been called in to calm him down. He sat beside him in the cell. “I’ve been so kind to you,” he said. “I fetched your wife, and I’ll bring her again if you want me to – and your mother.”

Byleveld knew that Maake was very respectful of his mother, Malekgogo. It appeared to do the trick and Maake became more amenable. They chatted about sport and entertainment and the gentle things in life.

With the DNA results in his hand, Byleveld spoke plainly to Maake – another of the great detective’s traits. “Cedric, I know it’s you who killed all those people at Wemmer Pan, raped the women and did all those things.”

Maake watched him impassively for a moment and then a smile crawled across his face. “Yes, I did it. It was me,” he said. He seemed proud to have made his mark in life.

Maake could be described as an equal opportunities serial killer. He killed young and old, both sexes, any race and didn’t much care how he did it – with a gun for taxi drivers or couples in cars; or a knife for single males and females; or a heavy rock or hammer for tailors.

It was unusual behaviour for a serial killer but not as uncommon as some may think. By the time the small, wiry, fresh-faced Maake sat before baggy-eyed Byleveld in that warm Brixton office, he may have racked up 35 deaths and 15 rapes. Twenty-seven deaths were later confirmed…