The Horrors Of The Black Panther

The Horrors Of The Black Panther 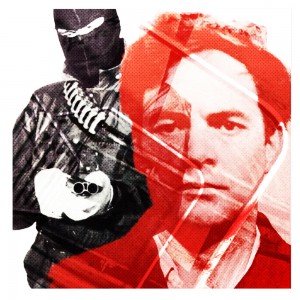 Donald Neilson was checking-out a Freightliner depot at Dudley, Worcestershire, as a possible pick-up point for further instructions, when a security guard challenged him. The kidnapper responded by shooting the guard, 44-year-old Gerald Smith, six times. Then he ran, leaving behind in a car park his Morris 1300 containing one of Lesley Whittle’s tape-recorded messages.

At first there seemed to be nothing to connect the shooting incident with Lesley’s kidnapping. Superintendent Robert Booth of the West Mercia Constabulary, leading the investigation into her disappearance, wasn’t even aware of the episode, but as police questioned the wounded guard they found his description of his attacker more than interesting. It matched accounts given of a man dubbed by the press as “The Black Panther.” He was believed to have carried out more than 100 robberies mostly at sub-post offices in the North and the Midlands, and three sub-postmasters had died in the course of his raids.

Donald Skepper, 54, had been shot and killed when he tried to tackle a gunman in his Harrogate post office in February 1974; six months later Derek Astin, 44, was shot dead as he struggled with a hooded man in his post office near Accrington; and two months after that Sidney Grayland, 55, a Langley, Worcestershire, sub-postmaster, had been shot to death as he tussled with a man in black, his wife sustaining multiple skull-fractures when she went to his assistance.

In all three shootings witnesses’ descriptions of the killer resembled the account given of his attacker by the security guard shot down at Dudley on the night of January 15th/16th, 1975 – at a spot no more than 10 miles from Lesley’s home at Highley…