The Horrific Case Of Diane Downs

The Horrific Case Of Diane Downs 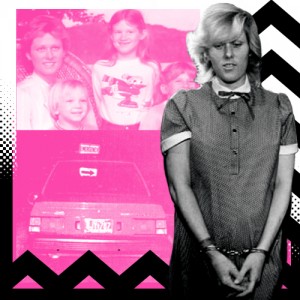 Staff at the hospital in Springfield, Oregon, were just beginning to think it was a quiet night on A&E when a car hooted in the drop-off zone outside the double doors.

Seconds later, a blonde woman burst in, ashen-faced in the fluorescent lights. She was holding a bloody towel wrapped round her left arm. “Please help me! Somebody just shot my kids!”

The interior of the car was spattered with blood from three small bodies. Six-year-old Cheryl lay crumpled on the floor by the front passenger door. Danny and Christie, aged four and eight, lolled at odd angles across the back seat.

“Chest wounds!” shouted the doctor as the medical team sprang into action and the children were stretchered away.
Cheryl was dying, and the other two were critically injured. Danny was paralysed from the waist down, a bullet lodged in his back, and Christie had suffered a massive stroke from two shots to her chest.

As surgeons struggled to save the children, their mother Diane Downs sipped tea while her arm was treated for a single bullet wound. Considering the nightmare she had just endured, Nurse Rose Martin was amazed at the woman’s composure, and assumed she must be numb with shock.

“The doctors are doing everything they can, and I’m sure you’ll be able to see them soon,” she said gently.

Diane laughed and replied: “Only the best for my kids. At least I have good insurance.”

Dr. John Mackey was equally bewildered by the mother’s apparent stoicism. “I couldn’t believe she was even a family member,” he said. “There were no tears, no disbelief, no agony.”

When technician Carleen Elbridge X-rayed her arm, Diane joked about the police seeing her without make-up, and grumbled she would always have a scar, and not be able to tie her shoes until the arm healed. “It was an extraordinary conversation in the circumstances,” said Mrs. Elbridge. “Almost as if the tragedies hadn’t happened to her.”

Read the full report in Murder Most Foul No. 99 »