The “Gorilla Killer’s” Reign Of Terror

The “Gorilla Killer’s” Reign Of Terror 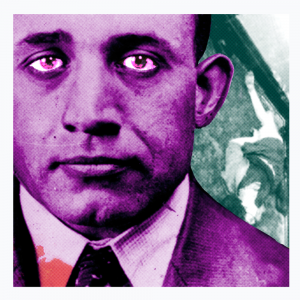 Two days after Christmas 1926, Earle Nelson perpetrated one of his worst atrocities when he slaughtered 28-year-old Mrs. Germania Harpin and her eight-month-old baby.

His bloodlust seemed insatiable, and police were now employing thousands of men on the case. Almost every murder of a woman in the USA was now blamed on the man they could not catch, until incontrovertible evidence proved otherwise.

For four months, police found no new murders bearing the phantom’s hallmark. But at the end of April, he struck again. Sixty-year-old Mrs. Betty McConnell from Philadelphia was found dead, raped and robbed.

A month later came the terrible climax of the killer’s reign. In seven days he murdered women in cities as far apart as Chicago, Detroit and Buffalo, before crossing the border into Canada. This seems to have been his biggest tactical mistake as he was now on the run, and needing to flee large urban areas to feel safe.

On June 8th, motorist John Hanna picked up a hitch-hiker near Emerson and dropped him in the middle of Winnipeg. Hanna described him as a “pleasant, religious type.” He was wearing a red sweater and pale hat.

The man bought a second-hand blue suit and black boots in a clothes shop in the high street, and changed into them. Then he stopped at a house where Mrs. Catherine Hill had a “room to let” sign in the window. He paid for the room and told her he was working on a building site across the river. She also got the impression that her new lodger had a religious background.

After a single night in her house, he left early in the morning. It was some hours later that Lola Cowan, a 14-year-old girl whose parents lodged with Mrs. Hill, was found to be missing.

The search for her was still in progress at 6 o’clock that evening when William Paterson returned from work to find his wife Emily also missing. His two children, aged five and three, were playing by themselves. He fed them and put them to bed, and when his wife failed to appear in the course of the evening, he rang the police.

A short while later, he noticed that a suitcase in their bedroom had been moved. The lock had been forced and cash and personal items of some value were missing. Getting up from where he had been kneeling, he suddenly saw a coat sleeve protruding from under the bed.

His wife’s raped and beaten body had been pushed there along with some men’s clothing, including a bloodstained shirt.

A post-mortem established the time of death as between 11 in the morning and two in the afternoon. When asked for his signature on some funeral documents, Mr. Paterson discovered that the fountain pen he normally kept in the waistcoat of a suit hanging in his wardrobe was another missing article.

A few hours later, little Lola Cowan’s body was also found under a bed in a spare room at Mrs. Hill’s lodging-house. The condition of the body was so revolting that Winnipeg detectives refused to issue details of how she had died. Someone with huge superhuman strength had, literally, mangled her…