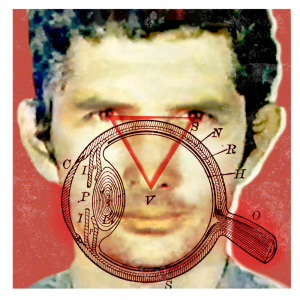 Pathologist Dr. Elizabeth Peacock studied the body stretched out on a blue plastic trolley in the morgue. The body wore only a bloodstained T-shirt, and there was more blood on its face.
The notes on the case said she was a hooker. Mary Ann Pratt, 33, had worked nights in the notorious Star Motel area in Oak Cliff, Dallas, where as many as 40 prostitutes charged up to $50 for a “flatbed” – jargon for straight sex. She had been found dead by a bunch of kids, lying face down in the street in a nearby residential neighbourhood, on December 13th, 1990.
Among Dr. Peacock’s audience at this post-mortem was Dallas homicide detective John Westphalen, who, accustomed to this sort of scene, noted that the body had been knocked about by the killer. For the rest of it, though, it was all routine for Westphalen. Prostitutes got murdered fairly regularly, and this body had a gaping bullet wound in the back of its head. A .44-calibre bullet, the detective noted.
There were other routine checks for the pathologist to make. Were there other contributory facts to the cause of death? The pathologist went over the nude body painstakingly She placed her hands on the dead woman’s face and prepared to look at the condition of her eyes.
She touched a stiffening lid and pushed it open. Startled, she saw only muscle and gore. There was no eye. Moving to the other eye, Dr. Peacock opened the lid and saw the same thing.
“My God!” she exclaimed. “They’re gone!”
There were no eyeballs, no tissue – nothing. Mary Pratt’s eyes had been removed with surgical care, and not merely gouged out in anger by the killer’s thumbs. He had left hardly a mark on the lids. And since they were nowhere at the crime scene, he had apparently taken them away with him…