The End Of Jackie’s First Date: Dismembered…Burned…Her Heart Ripped Out

The End Of Jackie’s First Date: Dismembered…Burned…Her Heart Ripped Out 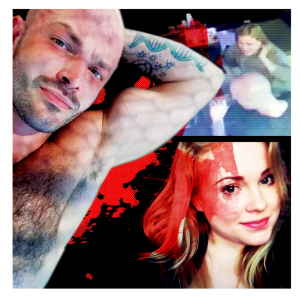 Charles Bryant was charged with intentional first-degree murder and faced the death penalty when he went on trial in Fort Worth in April 2018.

Joetta Keane, one of Bryant’s defence lawyers, told the five-man, seven-woman jury that her client admitted killing Jackie, but only after wild, consensual sex had gone terribly wrong and in a state of panic he tried to dispose of her body…

“Mr. Bryant had no reason to kill Jackie,” she said. “Where’s the motive, y’all?” she asked the jury. “The state wants you to believe he’s the Creepola of the Universe. These were two people hooking up at a bar and something went terribly wrong.”

But Tarrant County prosecutor Lucas Allen said what happened was no accident, no sex game gone horribly wrong, but something far more sinister. “Jackie Vandagriff died of homicidal violence. She had a brain injury from a blow to the head that could not have come from her hitting her head inside the car during kinky sex, as the defence contended.

“There was no evidence they had sex. No sperm or condom or DNA was found on her. The jury needs to picture Bryant as he used a long knife to cut out her heart in the dark of the small hours of the morning.

“If the purpose is to dispose of the body, why are you cutting out the heart?” he asked jurors, some of whom appeared to wipe away tears…