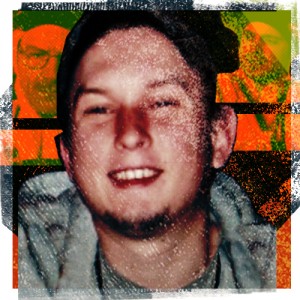 “I wouldn’t go in the garage if I were you,” said Jason Hart jauntily. “You won’t like what’s in there.”

It was a strange comment, and housemate Dean Settle assumed he was probably referring to a cache of stolen goods or drugs. By midnight, however, curiosity got the better of him and he decided to take a look while everyone in the house was asleep.

It was a close and humid night, silence punctuated by the cries and calls of nocturnal creatures in the woods. Tiptoeing downstairs, he made his way to a broken-down garage on the far side of the yard.

The door creaked as his torch picked out a puddle of water on the floor and the outline of a large red plastic bin with a blanket draped over it. Lifting the blanket, he peered inside the bin and almost dropped the torch, his stomach heaving.

Regan Jolley’s naked body had been partly dissolved by acid, but her face showed signs of a beating and her neck had bruises as if she’d been strangled…