Terror Of The Nazi Nail-Bomber

Terror Of The Nazi Nail-Bomber 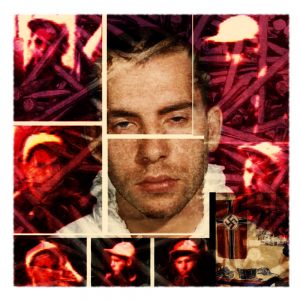 How London’s black, Asian and gay communities were targeted by a heartless criminal determined to start a race war across the country.

Like the rest of us, the Old Bailey jury were well aware of the horror wreaked by David Copeland. They knew his DIY nail-bombs had killed three people and gravely injured scores more.

And when he stood in the dock before them on Monday, June 5th, 2000, they were to learn a lot more about him. Most chillingly, they were to hear of the evil from cyberspace, the new threat to us all. They were to be told how Copeland had turned to the internet for his lessons in slaughter.

Denying three charges of murder, the 24-year-old engineer admitted manslaughter on the grounds of diminished responsibility, a plea the prosecution refused to accept.

He listened impassively as he was said by Mr. Nigel Sweeney QC, prosecuting, to be consumed by hatred. Copeland detested black people, Asian people and gay people, and he vented his hatred by plotting a campaign of “murder, mayhem, chaos and damage” with the aim of starting a race war, said Mr. Sweeney. With a bomb a week, Copeland planned to spread “fear, resentment and hatred throughout the country.”

His three nail-bomb attacks in 13 days in April, 1999, had left three people dead and 129 injured. He had targeted communities in Brixton, south London, in Brick Lane, east London and at the Admiral Duncan pub in London’s Soho…