Sisters Slaughtered For The Sake Of “Honour”

Sisters Slaughtered For The Sake Of “Honour” 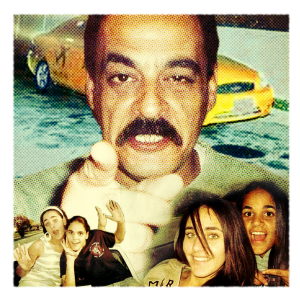 Riddled with bullets, two teenage sisters were found sprawled across blood-soaked seats in a taxi parked at a luxury hotel in Texas on New Year’s Day 2008.

Seconds before she died, 17-year-old Sarah managed to ring 911, screaming in agony from the nine gunshot wounds to her abdomen.

Eighteen-year-old Amina had died instantly on the back seat from two fatal wounds to her chest and spinal cord. The muzzle of the gun had been close enough to touch both girls.

There was no sign of their father Yaser Said.

Swiftly and without preamble, he had turned and shot them both at close range. No one heard the shots, and no one saw him. He simply got out of the cab leaving his daughters haemorrhaging to death, and walked to a waffle bar where he later watched a news flash reporting their murders…