She Changed Her Face To Save Her Skin

She Changed Her Face To Save Her Skin 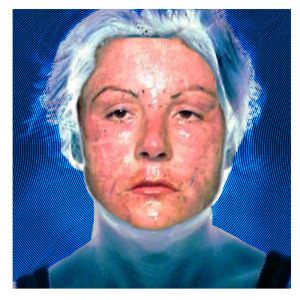 Rob Ashley couldn’t believe his eyes when he saw his new neighbour emerging from her flat. Curious, he stared at her in disbelief, wondering what on earth could have happened to her.

Looking sideways sheepishly, she introduced herself. Her name, she said, was Liza Pendragon. She had moved into the apartment with two dogs and a parrot. Rob Ashley decided she was charming and good-natured, softly spoken and shy. But her face looked like she’d had 15 rounds in the ring with Mike Tyson. Swollen, discoloured, covered with ugly bruises, she was not a pretty picture.

“I’ve been in a car crash,” she told Rob apologetically. “And I’m fleeing from a violent boyfriend.”

Ashley, who lived opposite his new neighbour in the small housing complex at Lauderdale-by-the-Sea, South Florida, tried hard to get to know Liza but, he said, “she didn’t want to share any of her past history with me. She was very scared.” Some time later he was to find out why.

For her name wasn’t Liza Pendragon. She was Michelle Theer, a fugitive wanted on a murder charge and hunted by the FBI across America. She hadn’t been in a car crash – her facial wounds were the result of hurried plastic surgery, a desperate attempt to change her appearance.

Michelle Theer’s sudden vanishing act from North Carolina began on August 28th, 2001, when her lover, US Army Staff Sergeant John Diamond, was found guilty of first-degree murder by a court-martial. Diamond, 28, was convicted of the murder of her husband Air Force Captain Marty Theer after a joint investigation by police and army detectives. He was sentenced to life without parole and sent to a federal prison…

Read the full report in Murder Most Foul No. 108 »