Sex Crimes Of The Ken And Barbie Killers

Sex Crimes Of The Ken And Barbie Killers 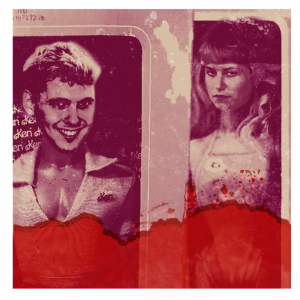 The first time Paul Bernardo saw Karla Homolka was in the lobby of the Howard Johnson hotel in Scarborough – a classic first meeting between a sadist and a masochist. She was staying overnight in the hotel, attending a convention about pets, and within a few hours of their meeting she had taken him to her room for sex.

She showed him off to her parents and they accepted him only grudgingly at first because she was still at school. They had no idea of course what he was beginning to put her through sexually.

With one of her eyes nearly knocked out, she went first to hospital then to her parents’ home, where she called the police. Suddenly, the realisation dawned that her idol had feet of clay.

Bernardo was charged with assault, but released on bail because he had no previous record. But a few weeks later the police turned to him again when the DNA test made on the samples he had provided three years earlier arrived at police headquarters. Why there was a delay of that length was never explained, but the test results put Bernardo in the frame as a suspect in the Scarborough rapes, and he was kept under surveillance.

This was the time that Karla broke at last. Unburdening herself, she wept uncontrollably as, shoulders shaking, she admitted her involvement in her sister Tammy’s death, and told detectives how she had been made to wear the two murdered schoolgirls’ clothes, pretending to be them when Bernardo had sex with her.

As a result of her admission Bernardo, now 28, was arrested at gunpoint and a search of his pink wooden house revealed the soundproof torture chamber. It also revealed videotapes of the horrific ordeals suffered by their victims…