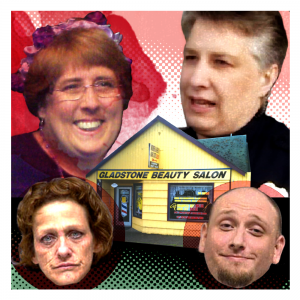 In 2010 they decided to turn theory into reality and poisoned Debbie Higbee Benton’s nighttime cocoa with Fentanyl. But the murder attempt was farcical and ill-researched as Debbie merely vomited and recovered. A few months later Lynne Benton followed this up by sedating his wife and injecting her with insulin. Again, she recovered.

In April 2011 Debbie told Benton to leave and he went to live with his sister Karen. He knew Debbie had taken photos of the bruises and injuries he’d inflicted on her, and was afraid he’d be sacked if she took them to the police. His only hope was to silence her once and for all.

When he went round to Susan’s house that evening for a meal, he found Jason Jaynes was also visiting his mom, and the conversation turned again to murder.

“I’ll pay you two thousand dollars to do it,” said Benton.

“You wouldn’t catch me killing anyone for less than twenty thousand,” scoffed Jaynes.

“Count me in,” said Susan. “I’ll go to the salon around closing time and shoot her. No one will make the connection. You can pay me when the job’s done.”

Susan was well-known as a liar and for spinning garbled stories, so when she told her doctor two days later that Benton had offered to hire her as a hit-woman, the medic didn’t think to report it as “she didn’t act as though she would ever do it.” But Benton had taken her seriously, and supplied her with a .25-calibre pistol.

Susan lived less than half a mile from the salon, and knew Debbie’s routine. Her last customer usually left around 3.30 p.m., and that May afternoon in 2011 was no exception.

Debbie was alone in the salon storage room sorting shampoos and conditioners when Susan sidled through the main door pretending to look as if she wanted to book an appointment. She was shaking so violently that she had difficulty pulling the gun out of her bag. But when she saw Debbie standing in the rear of the shop with her back towards her, she fired impulsively.

Debbie fell instantly. The bullet had pierced her spine and paralysed her, but her limbs were twitching and Susan thought she was still alive. Too panicked to fire a second shot, she left the shop as fast as possible and rang Benton to tell him what had happened.

Benton knew he needed help, and Jaynes was the only person privy to the murder plan who he could also put pressure on. So he called Jaynes and picked him up from his job a mile away, and they returned to the salon together.

Using a spare key to get inside, they found Debbie alive but unable to move, terror in her eyes. Perhaps she thought someone had come to help. Instead, Benton watched as Jaynes strangled her and beat her to death in an attack later described as “kill, kill and over-kill.” Among her many injuries: cracked chest bone, a dozen broken ribs, heavily bruised abdomen, lacerated liver, and torn lips.

Debbie was due to meet friends for dinner that night at six o’clock, and when she never arrived and her phone was on voicemail, they rang Benton to see if he knew where she might be. He agreed to check the salon, and took a friend with him who was an off-duty firefighter.

Opening the door with the same spare key, Benton let out a convincingly bloodcurdling scream when they saw Debbie’s broken body. Police arriving on the scene a few minutes later found him sobbing and incoherent…