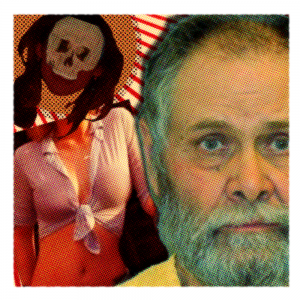 On June 28th, 2007, Paige Birgfeld vanished. How, people wondered, could she abandon her children ­­– her daughter and two sons aged six and three – so callously?

Paige lived in an upmarket suburb of Grand Junction, Colorado, where she was paying off a $6,000-a-month mortgage on her home. That was the first part of the mystery surrounding her. For where, the curious might have asked, did she get the money to do that?

At first glance it came from giving dance lessons to toddlers in the neighbourhood and also from selling high-end cooking utensils to the local wealthy housewives. At second glance it would have been pretty clear to anyone that she didn’t make nearly enough cash to pay the mortgage, support the kids, and live the American life.

The mystery deepened when a 911 call on July 1st alerted police to the fact that a red Ford Focus car was in flames in an empty car park in Grand Junction. This turned out to be Paige’s car – the one she was driving the night she vanished.

Fire investigators discovered that the blaze was started from inside the car on the passenger side. Detectives investigating the burned-out wreck noted that the driver’s seat was rolled all the way back, despite Paige being below average height. They also found her appointments diary in the boot with the last few pages torn out, probably by someone who didn’t want their identity known.

Then, just as they were getting desperate for a lead in the case, a month after the burning car was discovered, they found Paige’s belongings, including business cards and a letterhead for a company called Models Inc, scattered along a mile of highway near Grand Junction. The find led to the discovery of Paige’s secret life.

The kiddies’ dance teacher-cum-cookware saleslady was on to a thriving sex business. On one of her websites she suggested “extras” such as a topless massage, along with striptease…